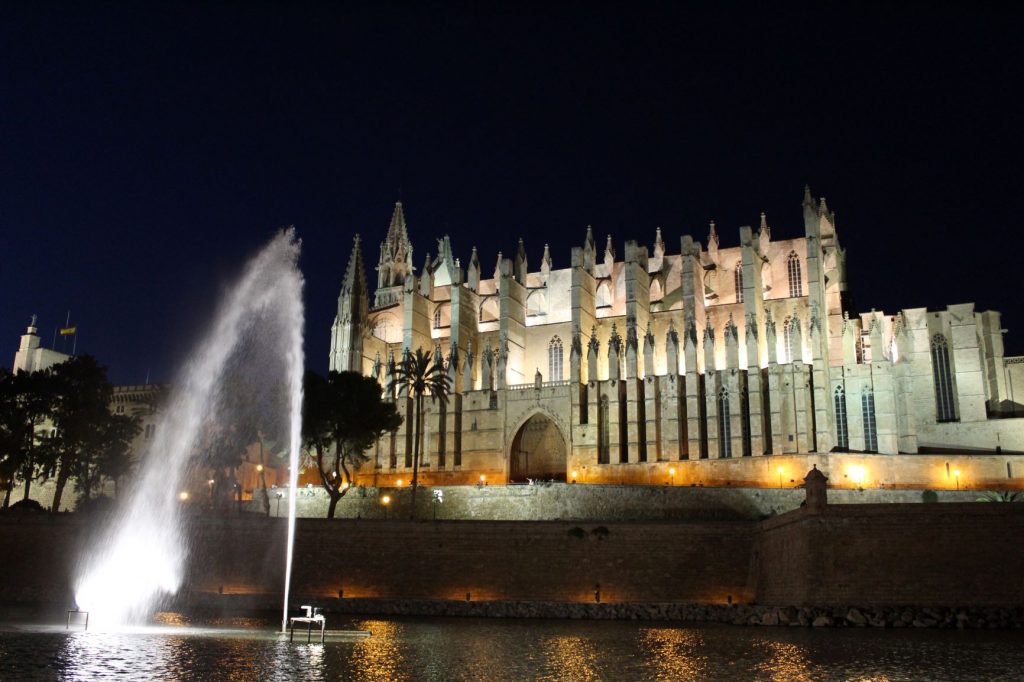 Palma, capital city of Mallorca is famous for its extraordinary cathedral, La Seu and its Gothic Palace, once an Arabic fort, the Palau d’Almudaina, both on the quayside and visible for miles at sea, perfect for a cruise ship day tripper. For sailors however, Palma is also a Mecca of the Mediterranean for boat services and chandleries and for Oyster owners in particular, the base of an Oyster rally and the site of a permanent Oyster team who look after owners with premium treatment, hooking them up with high quality professionals to service their super yachts or in our case, to service their vintage boat. We were making our pilgrimage there for Echo Marine, the main agent for our water maker, but had also been in touch with the Oyster office since spring, generally asking them for favours such as sorting out cheap berthing for us and holding mail for us to collect. 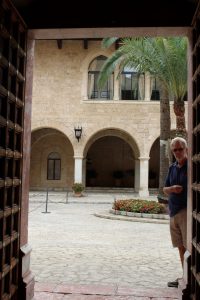 They referred us to La Lonja, a marina essentially for charter boats but which offers visitor berthing from Monday to Friday. Still, at 105 Euros a night in September, it was still pricey enough to motivate us to be forensic in our organisation. The first day that we sailed over to Palma I slept as Simon skippered the boat heroically through a lightning storm in the early hours to leave me fresh for sightseeing, believing as we did that we would only have one or two days at most in the city. As it turned out, I could have done my sightseeing at a more leisurely pace but we were not to know that until later! We arrived at 9.30am and the Echo marine engineer arrived at 10.00am. I was roaming the medieval old quarter by 11.00am!
Our stay seemed to start brilliantly. The engineer switched on our water maker, adjusted the salinity sensor and produced clear and drinkable water. We were dumbfounded. We had run the water-maker for hours without getting anything more than the saltiest water. Could it be that a couple of turns on the salinity sensor were all that was needed? We signed his invoice off with smiles. Half an hour later he walked past our boat and mentioned in passing “Just a word of warning – there has been a lot of rain this morning so you might find the sailinity is low in here today. Just as a precaution you’d better test it out in the bay.” 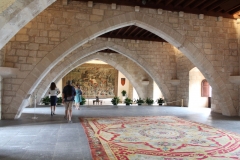 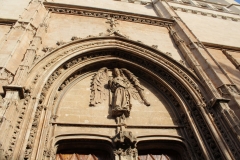 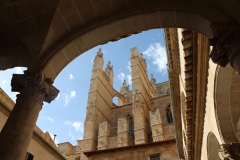 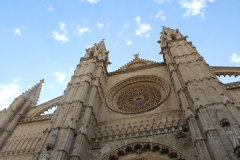 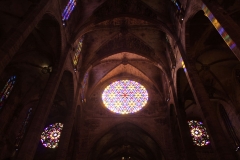 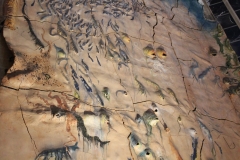 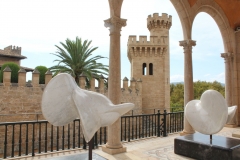 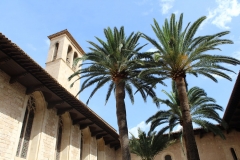 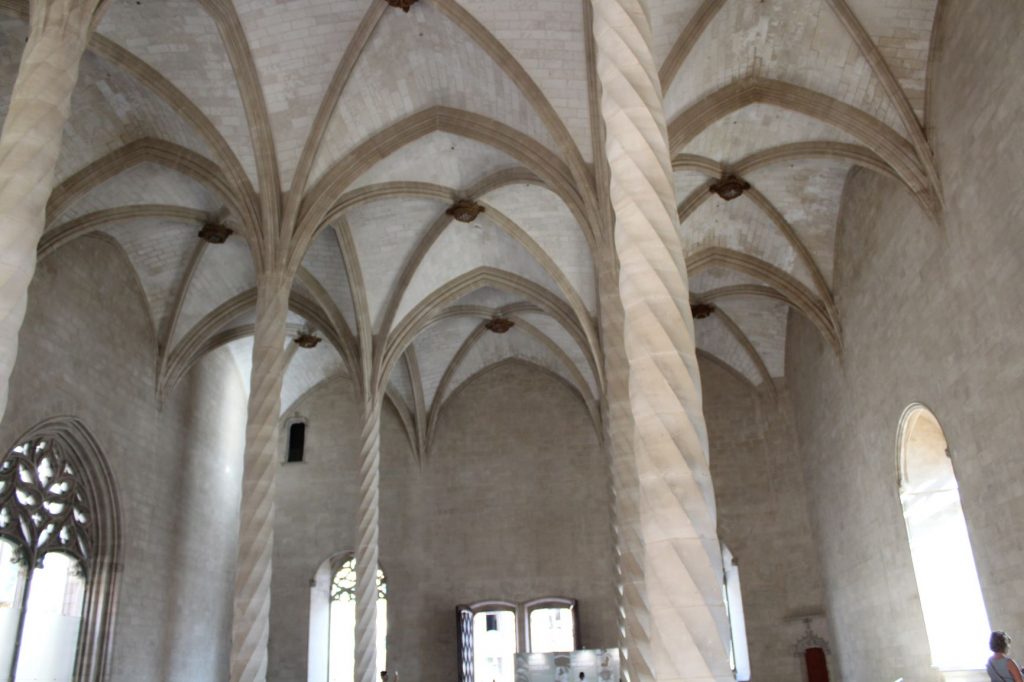 We celebrated with an extra night at La Lonja marina so that we had a clear day for sightseeing. The location of the marina was truly fabulous, just across the road from the stunning La Lonja building, a Gothic 15th century merchants’ stock exchange with its pillars which reach up to the ceiling fanning out like palm trees. We were also five minutes from the vast cathedral, La Seu, which towered above us, clearly visible from our cockpit. After the gritty charm of Cagliari and Palermo, Palma seemed like Disneyland, clean and pristine and chock full of Gothic buildings which had been restored to such a degree that I often found it a stretch to believe that they had truly been built hundreds of years ago. 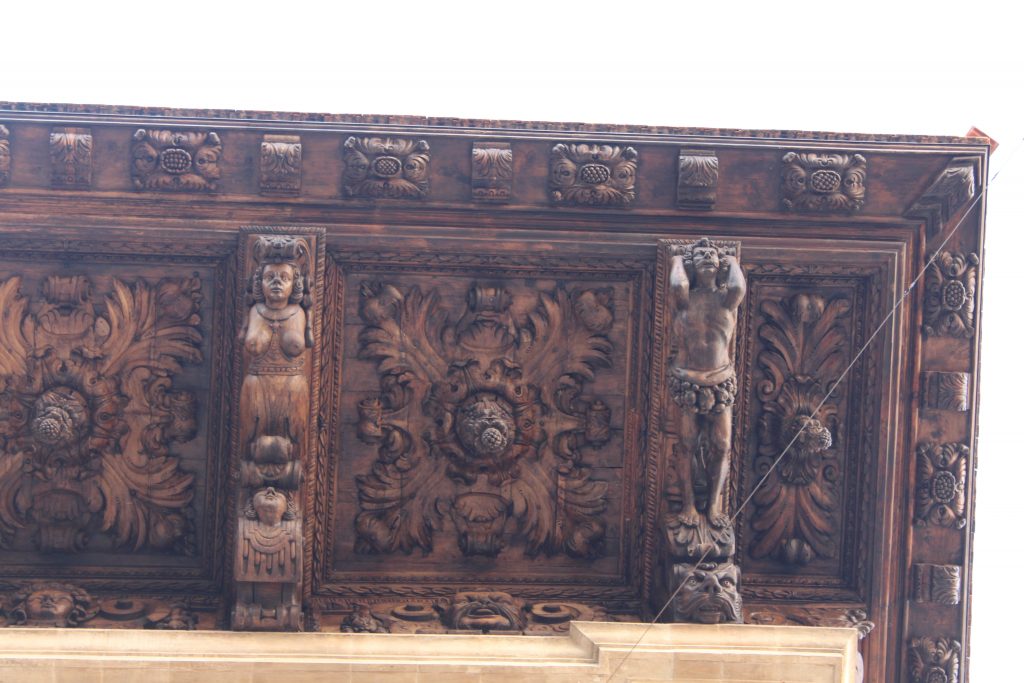 the astonishing medieval wooden rafters of the town hall building

The town hall with its wonderful wooden roof beams reminded me of some of London’s ersatz medieval buildings such as Liberty’s department store which is actually Victorian. Palma certainly benefits from the budget which came with the tourist bonanza and must be a focal city for anyone with a career in the restoration of old buildings!

Simon gets educated on Spanish history

We were lucky enough to have a private guided tour of the Palau d’Almudainya (apparently an hour before that there had been 40 people in the group) and were fascinated to see so clearly how layers of history have been built over each other. The original Arabic fortress was converted into a Royal Palace in the 13th century but vestiges of it are clearly visible and sometimes completely intact, such as the stone lion fountain which still works in the centre of the courtyard after more than a thousand years. I was like a kid in a sweetshop who has been told they have can eat as many free sweets as they like in five minutes. I managed to visit the Cathedral, the Lonja building, the Palau d’Almudainya , the Arab baths, the Palau March and to walk around the whole city in a day and a half. I must admit, Simon did the chandlery shopping alone this first visit. 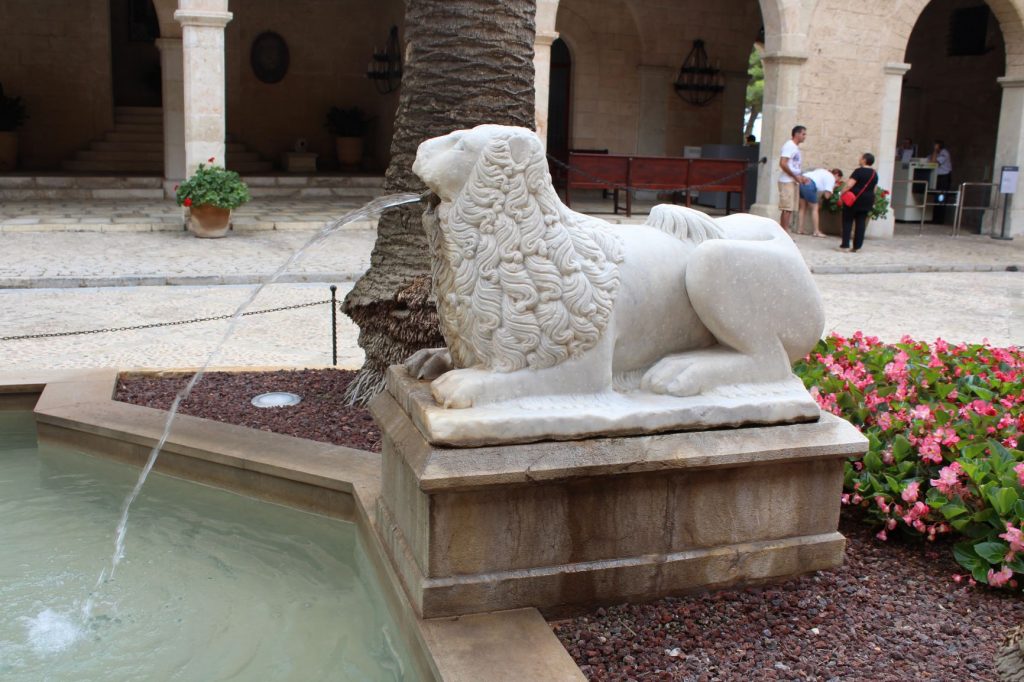 I did accompany him to visit the Oyster office to put faces to names, however. Everyone was unwaveringly friendly and gave us very firm handshakes, asking after the boat and complimenting the Oyster 55. The view from their window was like an air brushed brochure looking down onto the pristine teak decks of a sparkling, sleek 70 foot super yacht fresh from a boat show. As we left we looked in their window at the ads for Oyster yachts for sale. There was nothing for under a million and four or five year old boats were commanding prices of over seven million Euros. Simon had paid somewhat less for the Princess. We reflected that the Oyster team had showed us the same deference and eagerness to help as they must show to every multi-million pound boat owner and wondered how many of their owners turn up asking for cheap berthing… 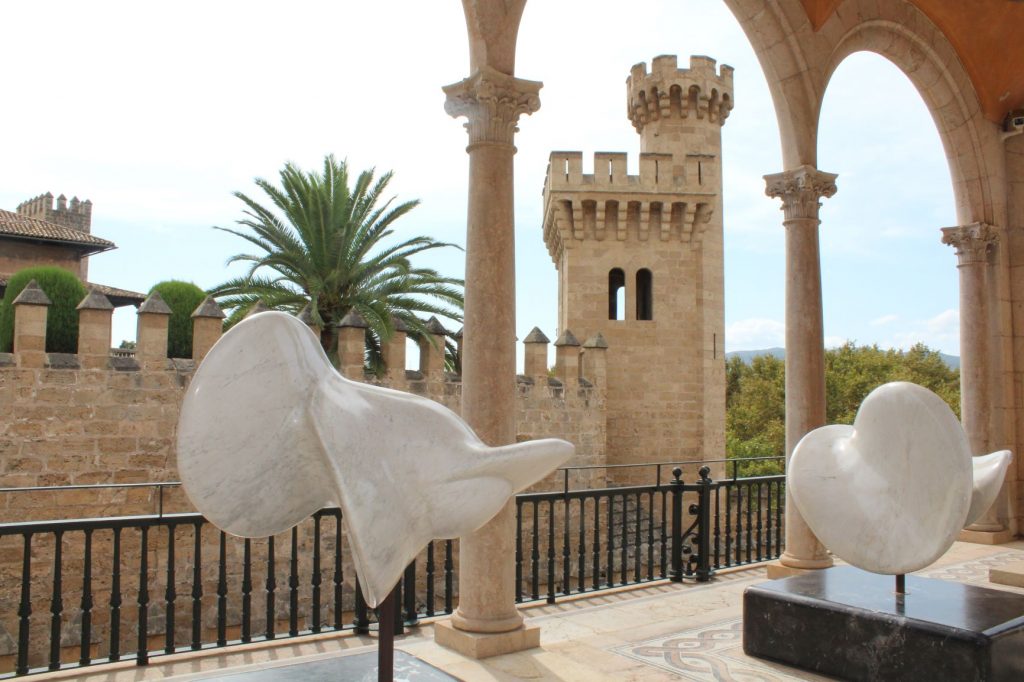